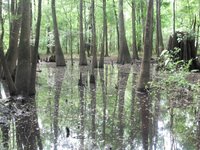 Dear BEN Readers:
This Saturday, June 27, 2009 at Whole Foods in Birmingham - 3100 Cahaba Village off Hwy. 280
Please join me for lunch to benefit The Wilderness Society. Here are the details:
The Good Grille

It's Summer Madness and that means it's time to fire up the grille! We'll show you how it's done as we host the Wilderness Society for a fundraiser. $5 per plate gets you a sandwich of your choice (hamburger, hotdog or Portobello), a bag of chips and a drink. 100% of proceeds will benefit The Wilderness Society.

$5 per plate benefits the Wilderness Society

I will be there all day, to meet BEN readers and to discuss the latest "environmental news".
I do hope to see you there!
Best Wishes,
Pat Byington
BEN Publisher & Senior Associate at The Wilderness Society
http://www.wilderness.org
http://www.wholefoodsmarket.com
Posted by Pat Byington at 12:28 PM No comments:

From the San Francisco Chronicle:  Winner of the Outdoor Writers Association of America - Wilderness Writing Category sponsored by The Wilderness Society.

There are thousands of miles in wilderness, but they all lead to one truth: It makes you feel clean inside. It transcends everything, and stays with you for years.

It starts at dawn, often with the sweet calls of songbirds that sound like a mountain symphony. You emerge halfway from your sleeping bag and see the swirls of rising trout on a pristine lake. The smell of pine duff is in the air. Suddenly, unlike your life at home, you become aware of all your senses, as if every pore has opened to your surroundings.

You are a visitor in a wild land, but while you are out there, you share in the wild places and creatures that surround you.

Some people trick themselves into an ambitious trip with a goal. It can be the chance to cast for trout that have not seen a hook, hike to a view that seems to extend to forever, climb a famous peak, find trophy-class deer and other animals that know nothing of roads, or to challenge your body across many miles of wildlands.

But in the process, time in the wilderness can transform how you feel. Accomplishments become meaningless. Many pledge to stop wasting time on the extraneous, and to keep their bodies in good condition.

California has 137 federally designated wilderness areas. These are places where you share in the power of place, and then leave. The adjacent capsules list four of the best treks for two days to a week, for newcomers or experienced mountaineers, with the chance to expand the trips for weeks.

There's a saying that every step on a wilderness hike seems to call with a thousand voices. But as the days progress, especially on expeditions, the voices eventually become muted to one. The most complex thoughts become clear.

All the outside noise, conflict and stimulus has been quieted.

That single voice you hear - that's the real you.

Posted by Pat Byington at 7:59 AM No comments: 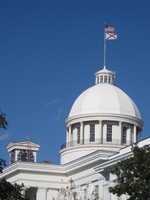 Check out the June edition of National Geographic Magazine which  profiles Tennessee/Alabama/Georgia Caves.  The photography is stunning.

1. TVA Coal Ash Coming to Perry County Landfill - According to the Associated Press, the Tennessee Valley Authority (TVA) plans to dispose of millions of tons of coal ash from a massive spill in Tennessee into a landfill in Perry County.  The waste comes from the December 22nd Kingston, Tennessee Coal Ash spill/disaster where 5.4 million cubic yards of ash and sludge breached an earthen dike surrounding a water-covered mountain of ash at the Kingston plant.  The spill covered 300 acres with cleanup costs estimated at nearly $1 billion.

The Alabama Department of Environmental Management said it received notice from TVA last week that 3 million cubic yards of coal ash from Kingston,  will be shipped to the landfill by train 300 miles away into Alabama.  Based on a TVA test of the coal ash waste shipments conducted in Georgia, Jeff Cown, a manager with the Georgia Environmental Protection Division stated to the AP that the overall shipments of the waste would weigh about 3.9 million tons (place it into context - Alabamians dispose approximately 4.6 million ton of solid waste a year) and require 35,000 railroads to transport.

In the article, the environmental community expressed concerns about the amount of waste being disposed of in Perry County, the levels of hazardous waste embedded in the coal ash waste, and it negative impact on the local community.

2. Forever Wild Moving Forward on Locust Fork, Red Hills and Tannehill Projects - Last week, according to the Birmingham News, the Forever Wild  Board of Trustees moved one step closer in their pursuit to preserve and protect a number of ecologically and recreationally important areas throughout Alabama, by authorizing several land appraisals.

The largest project the Board authorized was an appraisal on the Birmingham Water Works Board  3200 acre tract along the Locust Fork River.  The Board also directed the Forever Wild staff to seek appraisals in the Red Hills area of Monroe County, lands adjacent to Tannehill State Historical Park and Oak Mountain State Park, and a 712 acre addition to Forever Wild's Walls of Jericho property in Jackson County.

After the appraisals are made, the board will consider whether to proceed with a second appraisal and negotiate an offer. Forever Wild cannot pay in excess of the appraised value of the property.

The two recreational trails, which were joined at the state line last year, create a 95 mile long corridor, making it one of the longest paved rail-trail stretches in the country. The Alabama's 33 mile Chief Ladiga Trail connects several communities including  along its route, including Anniston, Jacksonville, Piedmont and Weaver.

Check out an in-depth profile of the two trails at: http://railstotrails.org/newsandpubs/trailofthemonth/index.html

Nationally, Pew found that jobs in the clean energy economy grew at a national rate of 9.1% while traditional job growth grew only at 3.7% between 1998-2007.  To view the Alabama factsheet from this report visit : http://www.pewcenteronthestates.org/uploadedFiles/wwwpewcenteronthestatesorg/Fact_Sheets/Clean_Economy_Factsheet_Alabama.pdf or   http://www.pewtrusts.org/cleanenergy

Posted by Pat Byington at 8:37 AM No comments: 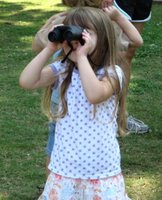 Birmingham Audubon Society is seeking a part-time Education Director.  Check out the position here - http://www.birminghamaudubon.org/BAS11-04/EdPositionPosting.htm
Posted by Pat Byington at 3:07 PM No comments: 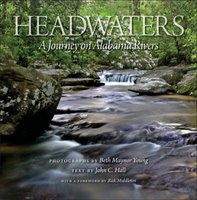 1. Alabama Power to Pump Carbon Dioxide Underground - According to the Mobile Register, Alabama Power's Barry Electric Generating Plant north of Mobile will be home to the nation's first large-scale attempt to capture carbon dioxide emitted from a coal-fired power plant and injected beneath the surface.  Beginning in 2011, tens of thousands of tons of the potent greenhouse gas will be sent 9000 feet underground the Citronelle oil fields.

The carbon capturing technology has received a favorable response from two major environmental groups, Environmental Defense and the Natural Resources Defense Council.  The experimental project, which is one of the first of its kind in the world, will take four years to complete.

A description of this project can be found at: http://www.alabamapower.com/news/iframe_pressroom.asp?WT.svl=body_morenews

* The Birmingham Metro area ranked 5th in the country for pollution from fine particle pollution, or soot in the air.

* Baldwin County received an A for having low particle pollution levels.

* In the state of Alabama, 12 of 16 counties where ozone levels were checked received F's for ozone pollution.

To view the entire report, visit the American Lung Association website at http://www.stateoftheair.org  .  If you want to personally take action and reduce air pollution visit http://www.alabamacleanair.org

3. Report: The South and Renewable Energy - According to a report released by SouthFace, the Southern Alliance for Clean Energy and World Resources Institute, Alabama can dramatically increase it's renewable energy production from today's regional average of 5% to 25% renewable generation by 2025.

The report, which is titled "Local Clean Power," calls on the eight southern states in the report to require its electric industry to produce a certain percentage of power from renewable energy.  Presently, North Carolina is the only Southern state with such a law.  Nationally, half of all the states now have renewable requirements.  To view the report visit - http://www.wri.org

4. Boy Scouts in Alabama Turning Green - This Spring, the Greater Alabama Council Boy Scouts of America, which serves 22 counties in North and Central Alabama, announced a first of its kind program in the nation aimed at promoting good environmental practices.

The new program, is the creation of the BSA Green Unit Award, which honors scouting chapters and presents badges to Boy Scouts who agree to follow "leave no trace" practices by using biodegradable items and mess kits on camping outings and participate in community service projects that help promote protecting the environment.

The National Council Boy Scouts of America is reviewing the Alabama campaign, to consider whether to implement the initiative nationwide.

5. Eastern Coral Snake Found in Coosa County -  Please check out this blog entry that was posted by biologist Mark Bailey at  http://hogspot.blogspot.com   .  He describes in the entry the rare discovery (with photographic evidence!) of a eastern coral snake in Coosa County.  It was thought that the snake had been extirpated (disappeared) from most of South Alabama, let alone Central Alabama.  The new find, which was on Forever Wild land, was a pleasant discovery!

Check out the entry here - http://hogfoot.blogspot.com/2009/04/coosa-coral.html

Gulf Guardian Nominations - The US EPA's Gulf of Mexico Program is accepting nominations for the 2009 Gulf Guardian awards.  The deadline to submit an application is June 5th.  You can access the application forms at http://epa.gov/gmpo  .  Questions? - Call Diane Altsman at 228-688-7015.

Manatee Car Tags - State revenue officials have approved designs for a manatee license plate.  Proceeds from the sale of the tags will go toward efforts to fund manatee research efforts.  Before the state manufactures any plates, however, 1000 must be preordered between May 1, 2009 to May 1, 2010.  Contact the Mobile Bay Manatee Sighting Network online at http://press.disl.org/4_27_09manatee.htm for additional info.

Alabama Waterways "A Photographic Celebration" - Mark your calendars - The Alabama Rivers Alliance will be holding Alabama Waterways "A Photographic Celebration" on June 11th, 5:30-8:30 at the  Lite Box Gallery in Birmingham.  Work from photographers Beth Young to Charles Seifried will be exhibited, along with works by grassroots river protectors.  Proceeds from the show  go to the Alabama Rivers Alliance.  For more info, visit http://www.alabamarivers.org